Most people like the idea of having their own holiday home quite a lot. Being able to jet off when the mood takes you, or even make the place your permanent home, owning property abroad is a common goal. Of course, though, there are some challenges which can come with this sort of idea. Going somewhere completely different to your current home will present issues when it comes to language, culture, and even law, making it a struggle to get your hands on a property at the right price. To help you out with this, giving you a new way to approach it, this post will be exploring some exotic locations which won’t be too different to your existing home. 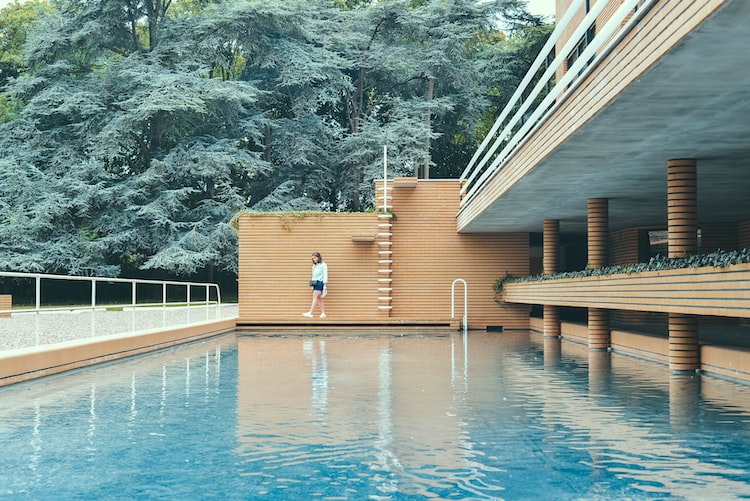 To begin, it’s always a good idea to plan something like this a little but, and, in this case, it will be the particular similarities which you will be looking for which need to be pinpointed. For example, some people will find it very hard to learn another language. In this case, it will be best to choose somewhere where you know will largely be covered by your mother tongue. Of course, while this will be complicated, it will be worth thinking about before you make any choices. It could be easy to find yourself somewhere which feels far from home if you make the wrong calls at this stage.

The first item on this list is particularly good for anyone wanting to get a taste of Asia, without having to sink right into a culture which could feel very foreign. Having spent a very long part of its recent history under the control of the British Empire, Hong Kong has had a lot of exposure to the Western world over the years. This is reflected by the languages people speak, the businesses you will find, and even the sorts of property available to buy. With China next door, this location offers a lot of room for exploration. Of course, though, it will be worth visiting a place like this before moving in.

Of all of the islands in the world, very few match the natural splendor of Cyprus. Being split between Turkey and Greece, this small slip of land has been a hotspot for cultural integration over the last few decades. With a huge portion of the population speaking English, a lot of businesses you’ll recognise, and access to entertainment you’d find at home, Cyprus is great for holidaymakers and permanent residents alike. A lot of people visiting this island find themselves marveling at the laid back and easygoing nature of the culture. Of course, though, you will still have to work hard to find a good place here.

Overall, Spain is one of the best countries in the world when it comes to teaching kids a second language. In a lot of cases, the option being taught will be English, leaving cities like Barcelona a great place for people coming from the West. Even services like schools can be found in the language you speak. Along with this, Spanish culture is largely built from the same foundations as other countries from this part of the world. This makes it easy to understand customs, traditions, and even the way people live on a day to day basis, as it won’t be too different to the life you’re already used to. As a big part of this, it will be worth researching the regular customs of a place before even paying a visit.

Over the last couple of decades, Dubai has made a name for itself as one of the most opulent cities in the world. With buildings which have cost a fortune to build, some of the highest-class businesses on the globe, and even their own human made islands, you will struggle to find somewhere like this outside of the Middle East. Not only do companies pride themselves on being able to serve customers from around the world, but property can be surprisingly cheap in this area. If you’re willing to sacrifice some of the fancier elements available, you will be able to find an option which doesn’t break the bank, all while keeping the features which you need the most.

Like Hong Kong, Singapore has a history of occupation by the British Empire. In more recent times, though, Singapore has managed to carve out a strong national identity, and there a few places around the world which have the same appeal. Not only do people speak English and businesses will be the ones you know, but Singapore is also well-known for the facilities it has on offer. Equipped with toilets which you’re used to, roads which will make sense, and TV from around the globe, it will be easy to find yourself feeling at home with a stay in this small country.

Finally, as the last option on this list, it’s time to go back to Europe, with a trip to Paris being on most people’s bucket lists. Containing some of the world’s most recognisable monuments and pieces of art, Paris is a city which most people will already feel like they know. Having a view of the Eiffel tower is affordable, giving you the power to choose a place which will feel like home in no time. You have probably thought about a trip to Paris before. Instead of going for a week or two, though, you could consider it as a replacement for your existing home.

Finding property in other countries is rarely an easy task. Not only will laws and rules be different, but you will also have to find ways to communicate with the sellers to make sure that the deal is as everyone agrees. This sort of process can be a slow one, and a lot of people will find it hard to make sure that they make the right choices along the way. To help you out with this, it will be worth looking for an international estate agent. Singapore property for sale should be easy to find with the right searches. If you don’t look around, though, it will be hard to find anywhere at all.

Along with this, making the final choice and going for a new location can also be a big challenge. Visiting all of your options will be an expensive process, and a lot of people won’t have the time to go around the world when choosing their home. Thankfully, there are a range of new tools out there which can solve this issue. VR has started to become very popular in the world of real estate, even though the headsets were originally devised as toys. Giving 3D tours without having to drag people to the place, real estate agents can use this sort of tool to vastly improve their work. Of course, as a big part of this, you will have to be around when the tour is being given.

Finding a home away from home is always a difficult task. Having spent your whole life in one country, only leaving for short breaks, it will be hard to know what you want when you’re looking for somewhere to settle. To make this easier, it’s always best to avoid going out of your comfort zone, especially when you plan to make somewhere you permanent home. Buying a holiday home will never be cheap. Of course, this doesn’t mean that you shouldn’t enough it, though, as this is what you’ll be spending it for.