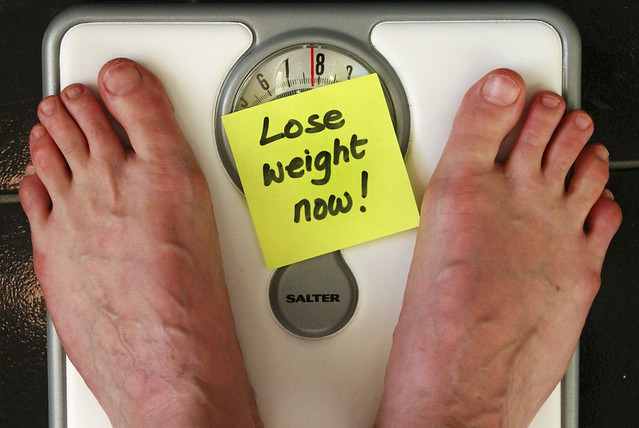 If your six pack has turned into a keg as the years have gone by, and you want to do something about it, you could be forgiven for thinking that you’ll have to give up everything you love and out yourself on a hardcore exercise regimen, but that really isn’t the case. There are many small changes you can make that will ensure that, in the fight of Man v Flab, man will come out victorious.

Here are several small changes you can make that will, in the end, help you to lose those excess pounds and achieve a better standard of health:

It might sound like a bit of a cliché, but having a clear, realistic goal in place really can help to spur you on and motivate you to stick to your new workout regime.

Researchers have found a link between drinking tea and having a lower BMI level. It has to be really green black or white tea though – herbal infusions will not have the same effect.

Cutting down on the amount of carbs you eat is likely to be one of the most effective things you will ever do to get your weight under control. You don’t have to remove them completely (unless you want to) but just halving the amount you currently eat will work wonders!

Say No to Soda

You know what soda is? Empty calories. When you drink a soda, does it really diminish your thirst? Probably not. It certainly won’t fill you up or give you any key nutrients either. All soda will do is make you fat. Ditch it, and you could easily lose 10 pounds without doing anything else!

Low testosterone levels if one of the key things that will leave you with a flabby stomach area, so by boosting your T levels with a testosterone replacement product, you could quickly lose weight as your body starts to build muscle mass more effectively. It’ll also give you an energy boost, which will make working out easier, too!

When you lift weights, you build more muscle, and the more muscle you have, the more calories you will burn. You’ll also look more toned when you reach your target weight too.

Lifting weights and eating more protein go hand in hand. Your body needs lots of protein to increase your metabolism and build muscle. Make at least half your plate protein, and you’ll be well on your way to winning the battle.

Instead of taking the commuter train or car to and from work each day, invest in a bicycle. Cycling is a great activity, and if you use your bike to commute, and you could burn thousands of extra calories a week. It’s more pleasant than being squashed in a confined space fighting for a seat, too.

If you have a small cup of soup before your meal, it will fill you up for a few calories, so that you are less likely to gorge on the main course or have dessert.

Being the victor in the battle between Man v. Food might not be easy, but as you can see, it really doesn’t have to be hard either!